One of Rajasthan’s most talented and active architects, Anu Mridul has designed the museum site of Arna Jharna in close consultation with Komal Kothari. Engaged in private practice since 1985, he is presently engaged in extending and redesigning at least three railways stations—Jodhpur, Pali and Nagaur. His past projects cover a wide range of structures, including numerous hotels; the 15,000-capacity cricket stadium of the Rajasthan Housing Board in Mansarovar, Jaipur; the Geeta Dham in Tinwari, Jodhpur, an educational and spiritual research institute; and Ashok Udyan, a 9-hectare landscaped park. An associate of the Indian Institute of Architects, he was awarded the Rajasthan Stone Architectural Award in 1996.

A long-term associate of Rupayan Sansthan, Rashmi Patni is reader, Department of History and Indian Culture, University of Rajasthan, Jaipur. Presently, she is also the director of the Centre of Gandhian Studies in the same university. She holds a doctoral degree from the École des Hautes Études en Sciences Sociales, Paris. Today she is actively engaged in interdisciplinary historical research, combining primary sources with new theoretical perspectives.

Son of the late Komal Kothari, Kuldeep Kothari joined Rupayan Sansthan in 1998, where he served as the assistant director for a number of projects funded by the Ford Foundation and the Indian Foundation for the Arts. He has played a key role in organising international performances and concerts of Rajasthani folk musicians in numerous locations in Europe, the United States, Japan and the United Kingdom. His early career involved intensive hands-on experience in running an advertising agency in Jodhpur, followed by his position as the marketing head for Rajasthan Patrika and Patrika TV in Jaipur. Presently, he is a member of the Rajasthan Sangeet Natak Akademi in Jodhpur, a committee member of States Museums in the Jodhpur Division and a member of the award selection committee of Marudhara, Kolkata, for nomination of folk performers in Rajasthan.

An associate professor in the Department of Sociology in Satsai Girls’ College, Jaipur, Uttra Kothari holds a doctorate in Sociology. She specialises in the culture and social life of the Rabari nomadic tribe. Her additional research interests are in the areas of textile, food and jewellery in the Rajasthani context.

For the last fourteen years, Manish Sisodia has been practising as a high court lawyer in Jodhpur. He is the youngest elected member to the Bar Council of Rajasthan, which is one of the largest organisations of lawyers in the state. He has also served as vice chairman on the council. He is a life member of the Rajasthan High Court Lawyers’ Association and is former president of the Rotary Club, Jodhpur (mid-town). 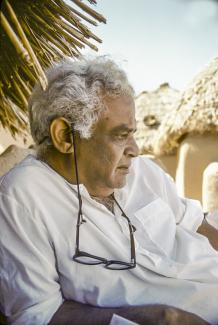 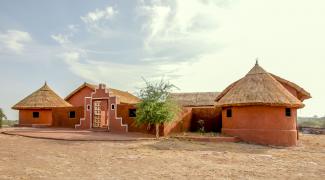